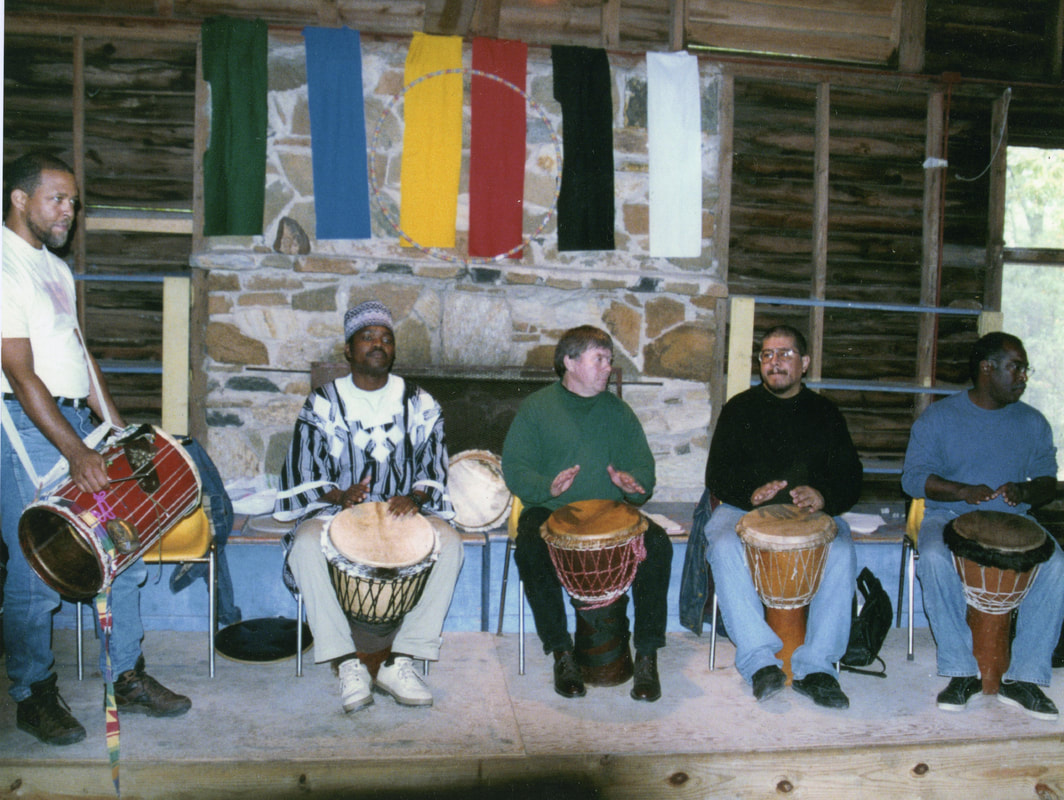 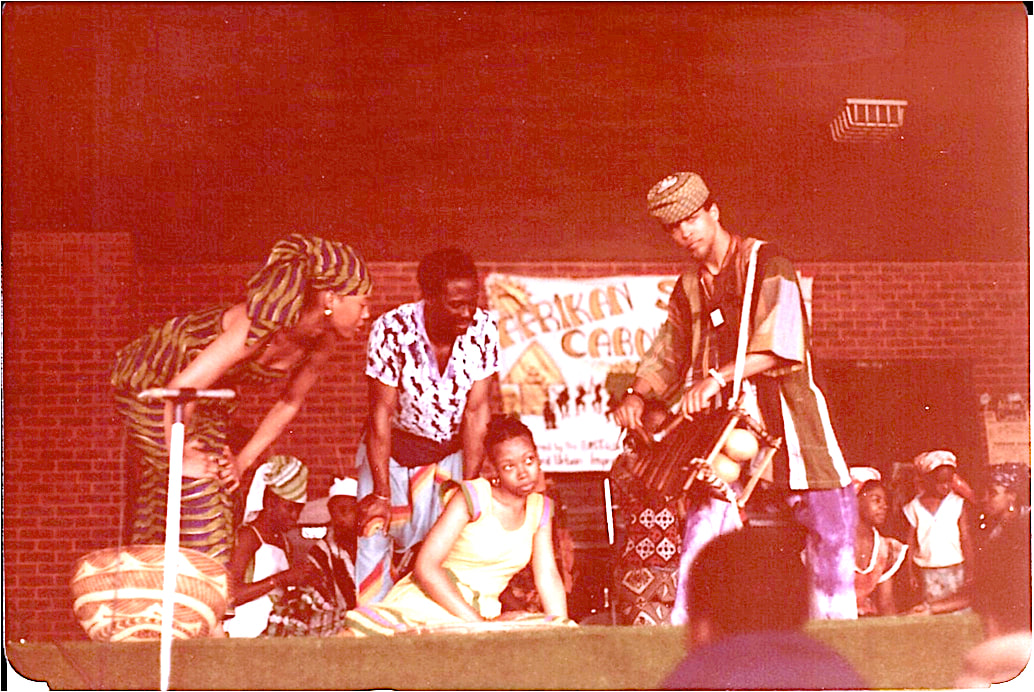 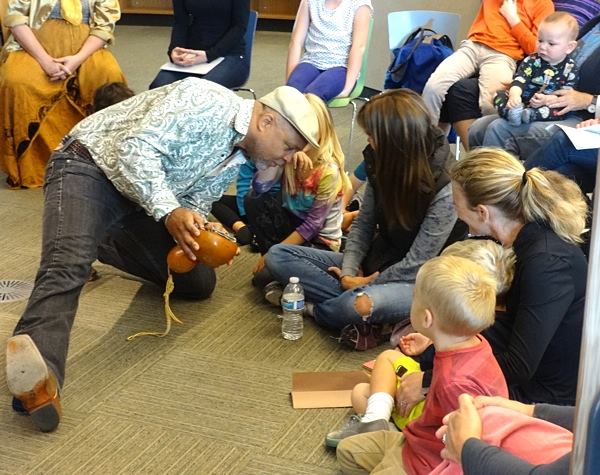 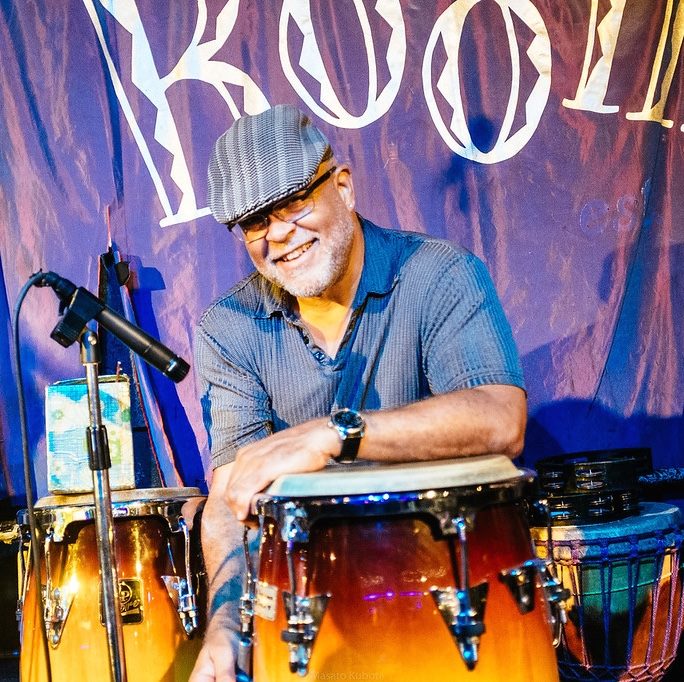 A bit of the Ballad of Railroad Bill....
Video by David Gumpel, 2018.
Facilitation Crew for Drumming in the Light, Christine Stevens' Winter Solstice Ceremony,
Encinitas, CA, 2016 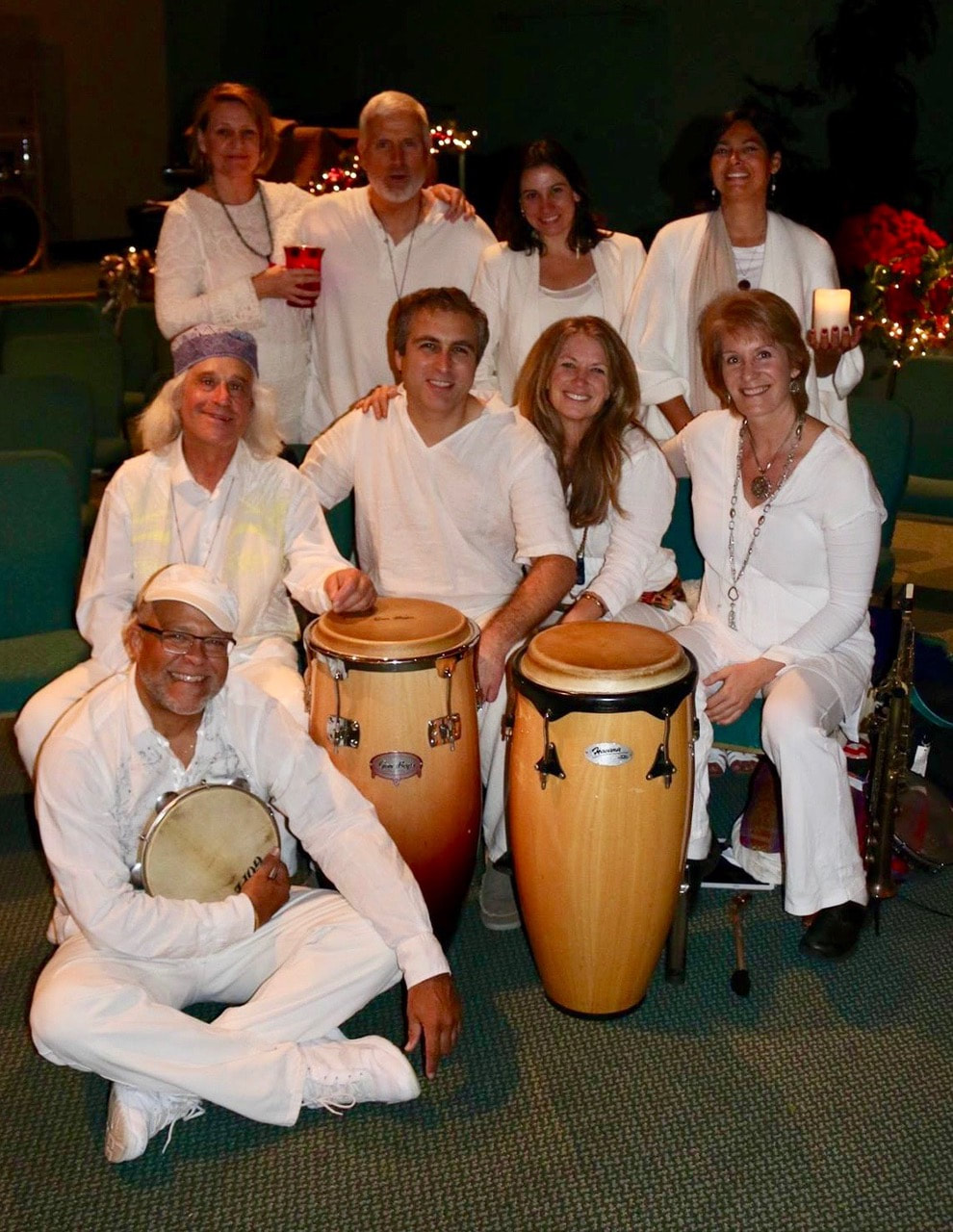 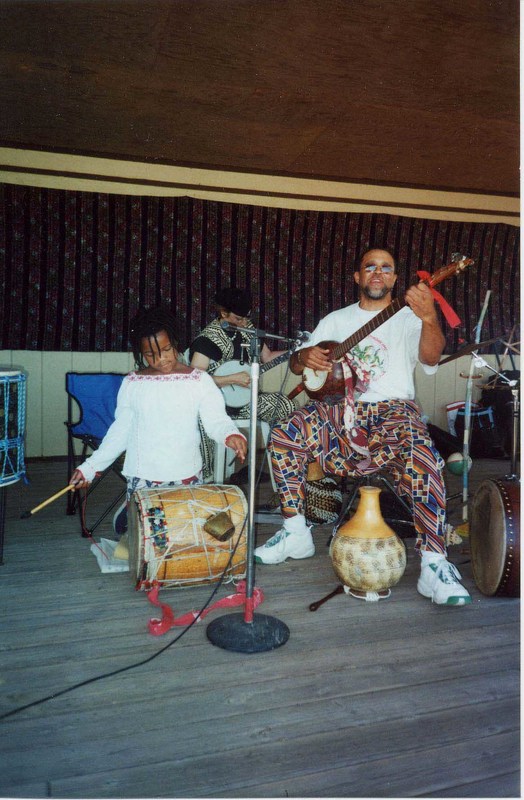 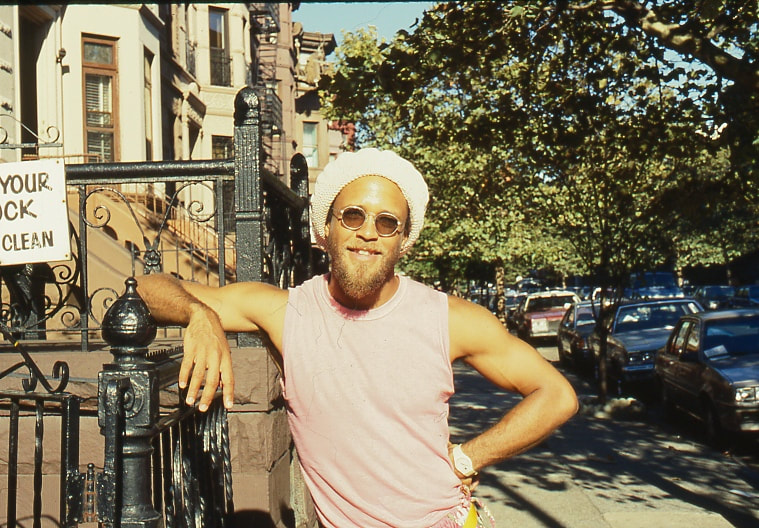 Such a blessing to accompany the great Ruthie Foster on "Small Town Blues"
The Compound Grill,
Scottsdale, AZ, 2010
The Hand of Love is the Most High, from the Drummer's Path CD,
Museum of the City of New York, 1994.
It was snowing outside that December, but we were hot!
Photo by Mansa K. Mussa. 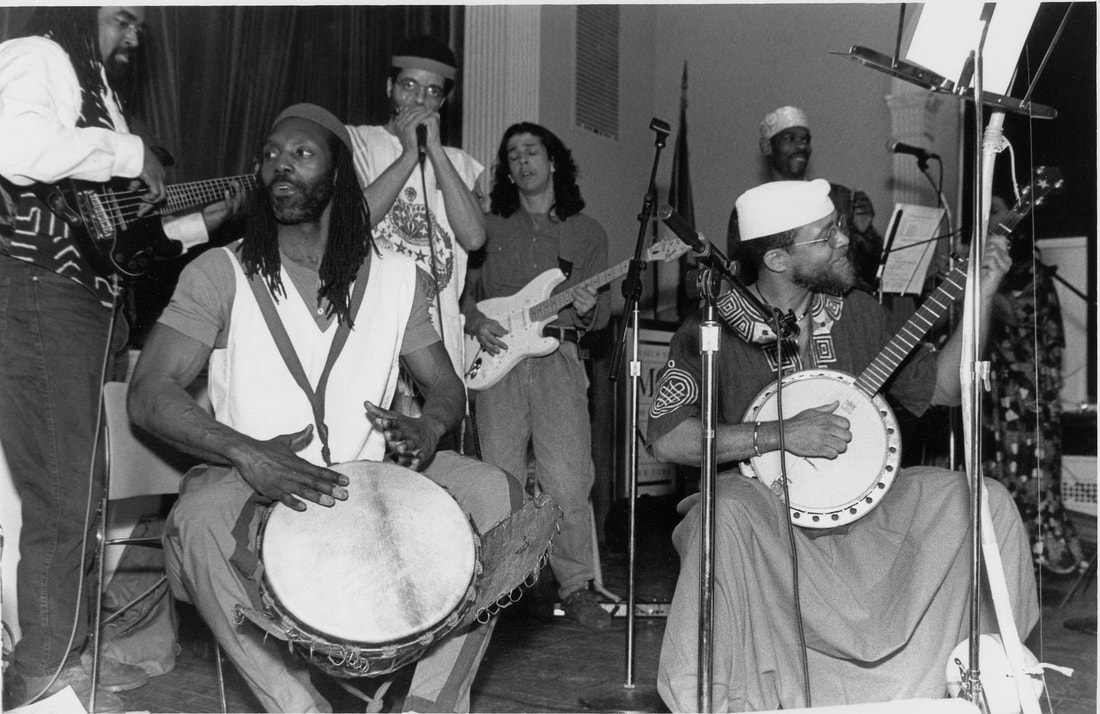 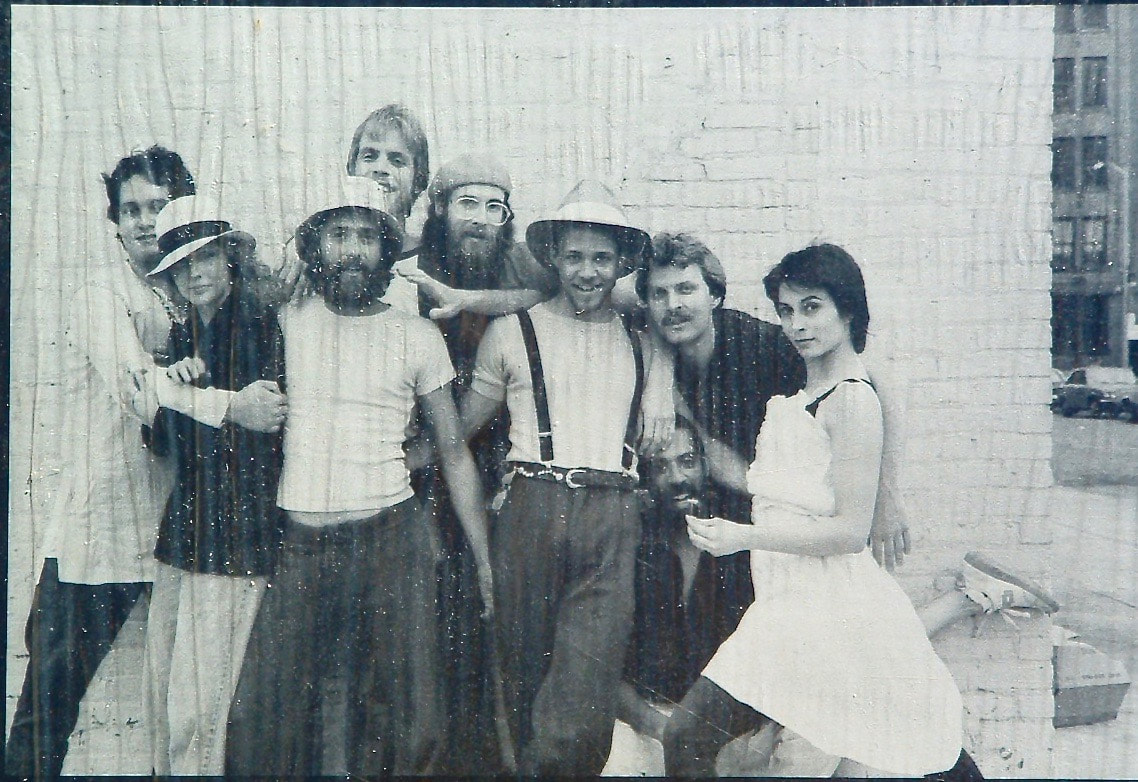 Back in 1982 in NYC, the group above, Cloud Dance, recorded the groundbreaking New Age Jazz-Funk album, Dance Free!
Below is track Four of The Seven: Gone!
Ashish: thank you so very, very much!
The Repeat Offenders jam Aretha's Respect, at the Rhythm Room in Phoenix,  2018.
​Video by Michael Lunday.
Goofing off is a healing practice!
Mentors of the Social Justice Division, Center for the Contemplative Mind in Society,
sing "Raindrops Keep Falling on My Head" for the retreat attendees.
Garrison Institute, NY 2005. 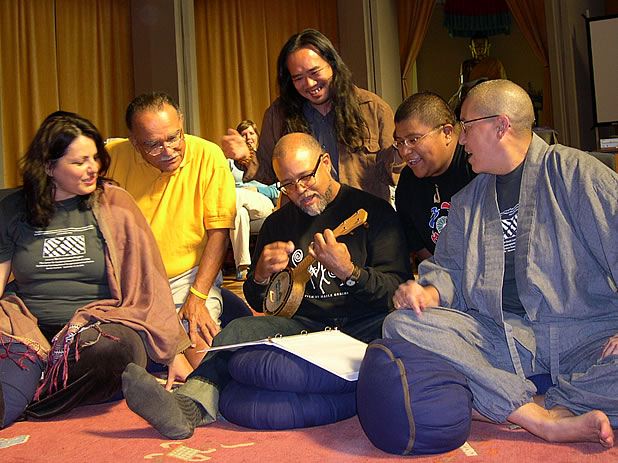 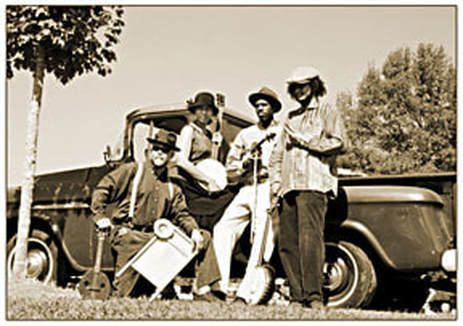 The Drops play Rickett's Hornpipe,
Jug Band Jubilee, 2006
Louisville, KY
The story and song of the Monkey and the Buzzard: Straighten Up and Fly Right!
Tertulia Pre-College Academy, Phoenix, AZ 2007 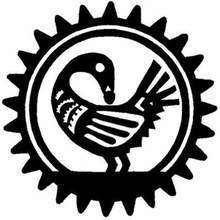 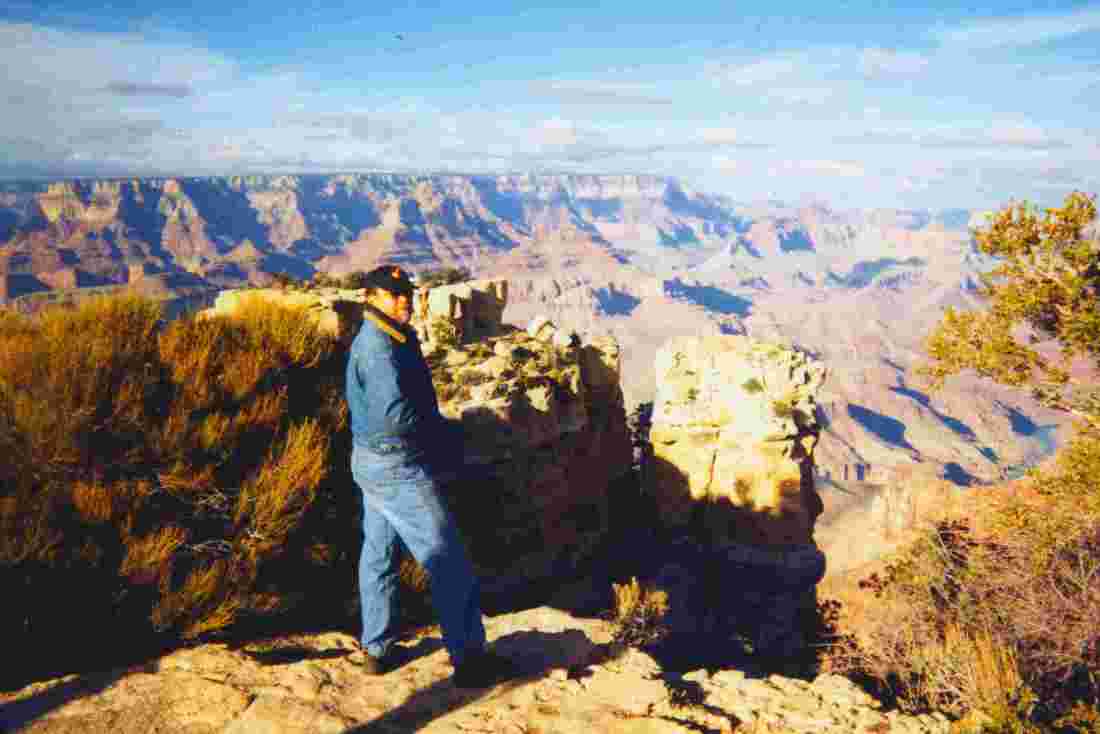 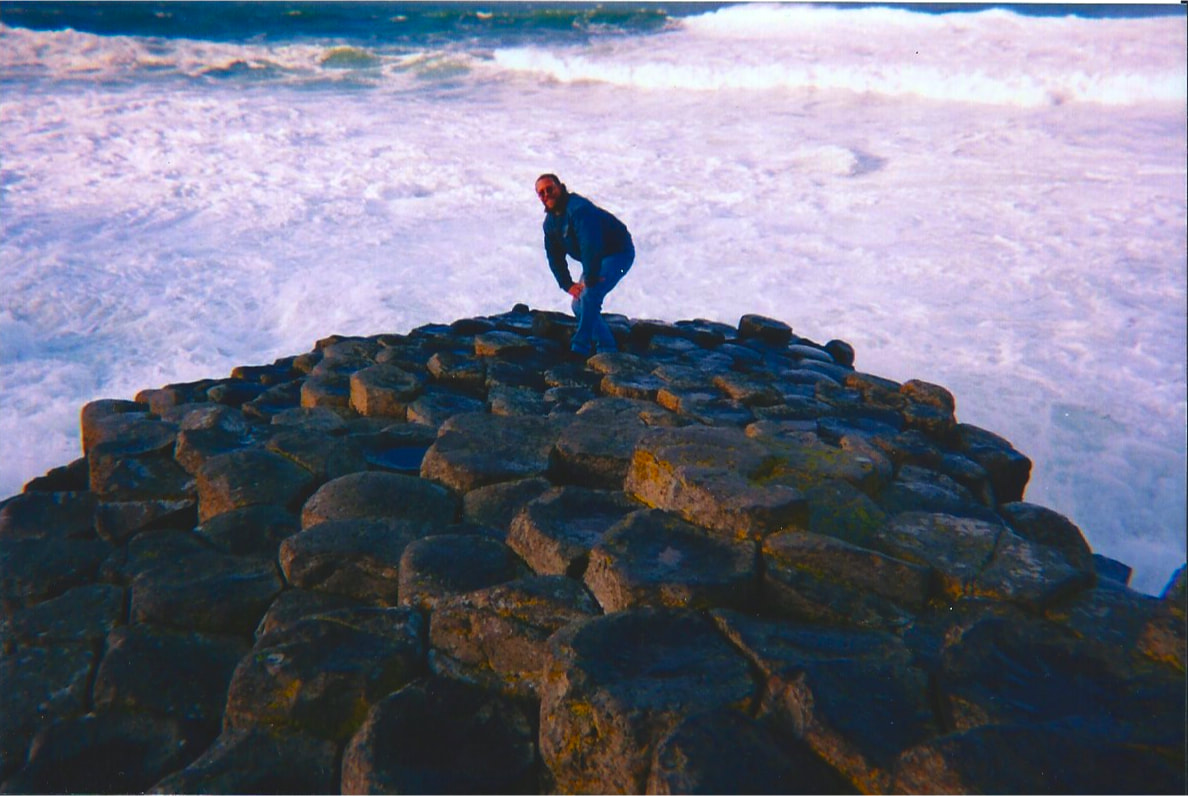 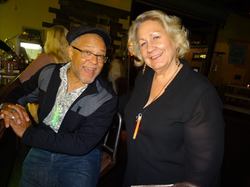 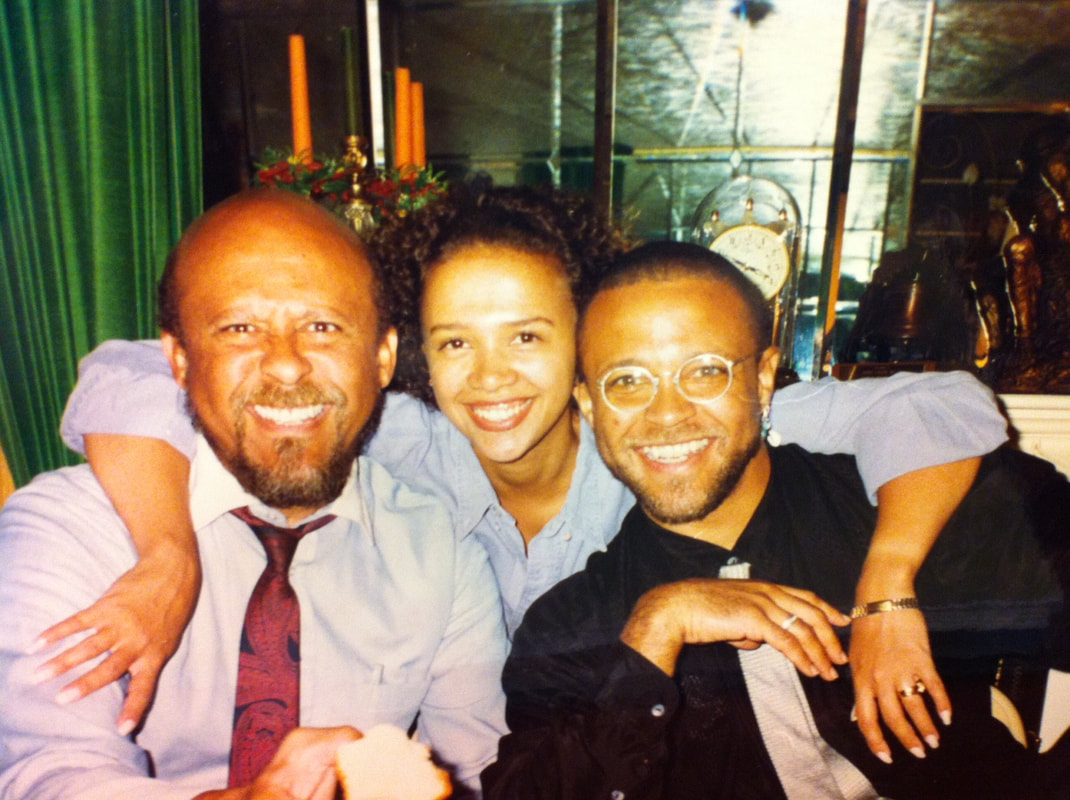 The Wilsons, outside Lo-Lo's Chicken and Waffles, Scottsdale, AZ, 2017 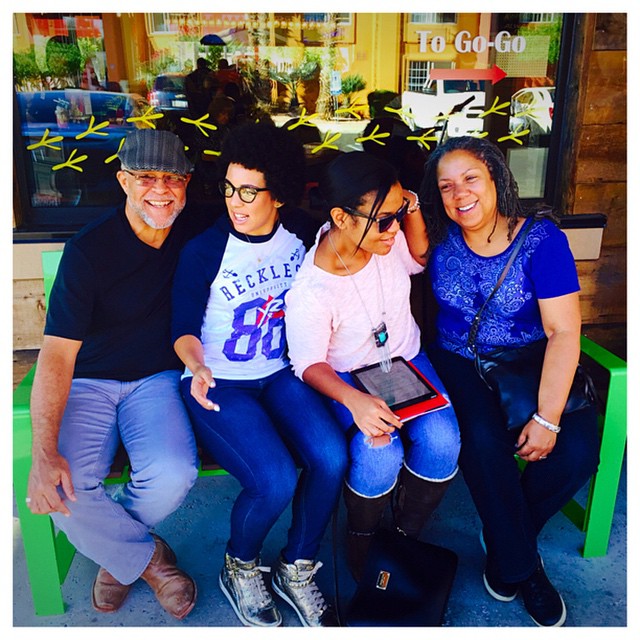 Sea lions: they feel like wet horses; they smell like fishy, wet dogs.
Vanessa and I in Nuevo Villarta, Nayarit, Mexico, 2014 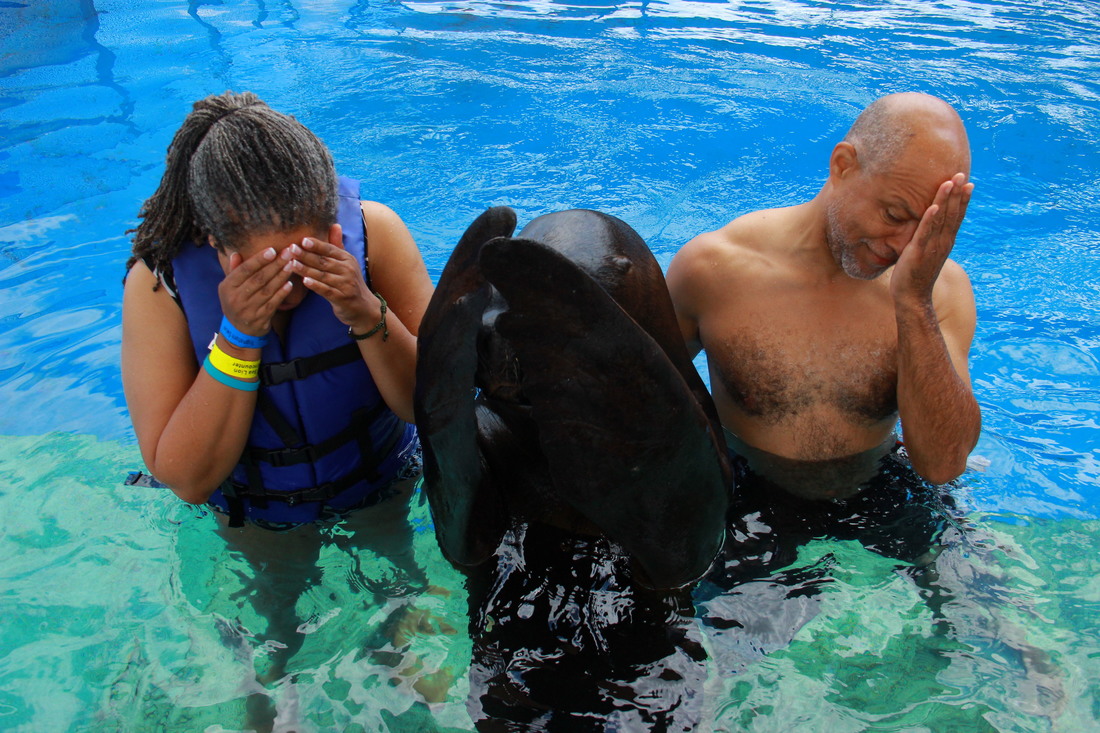 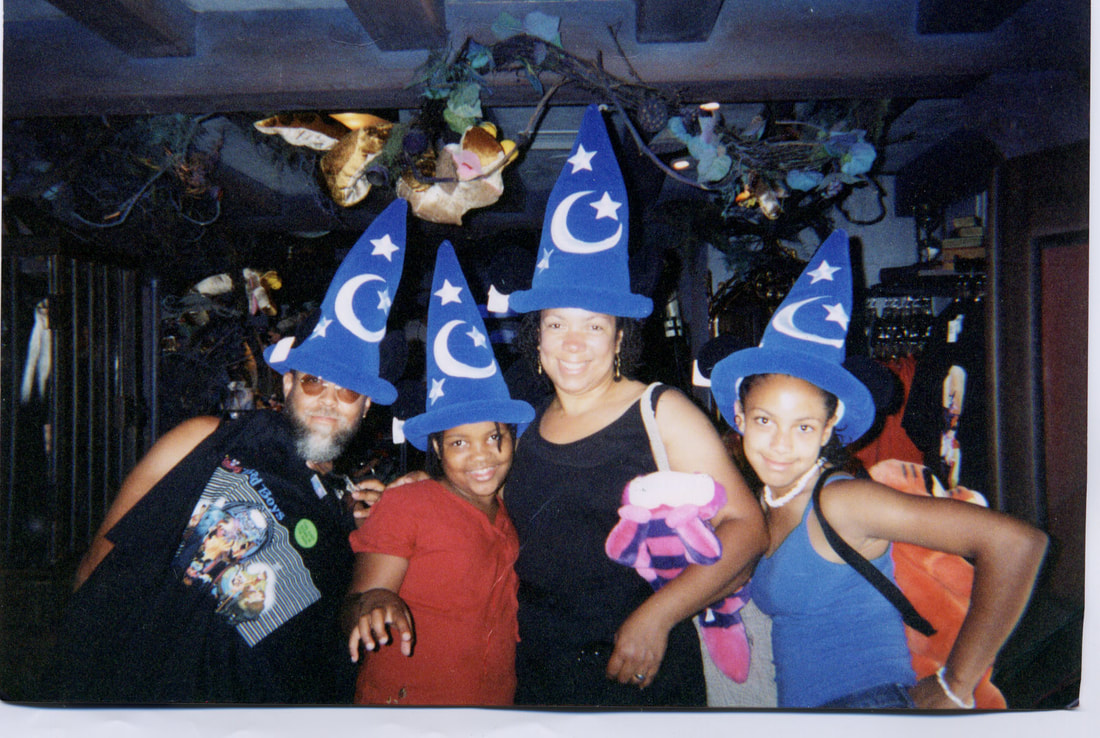 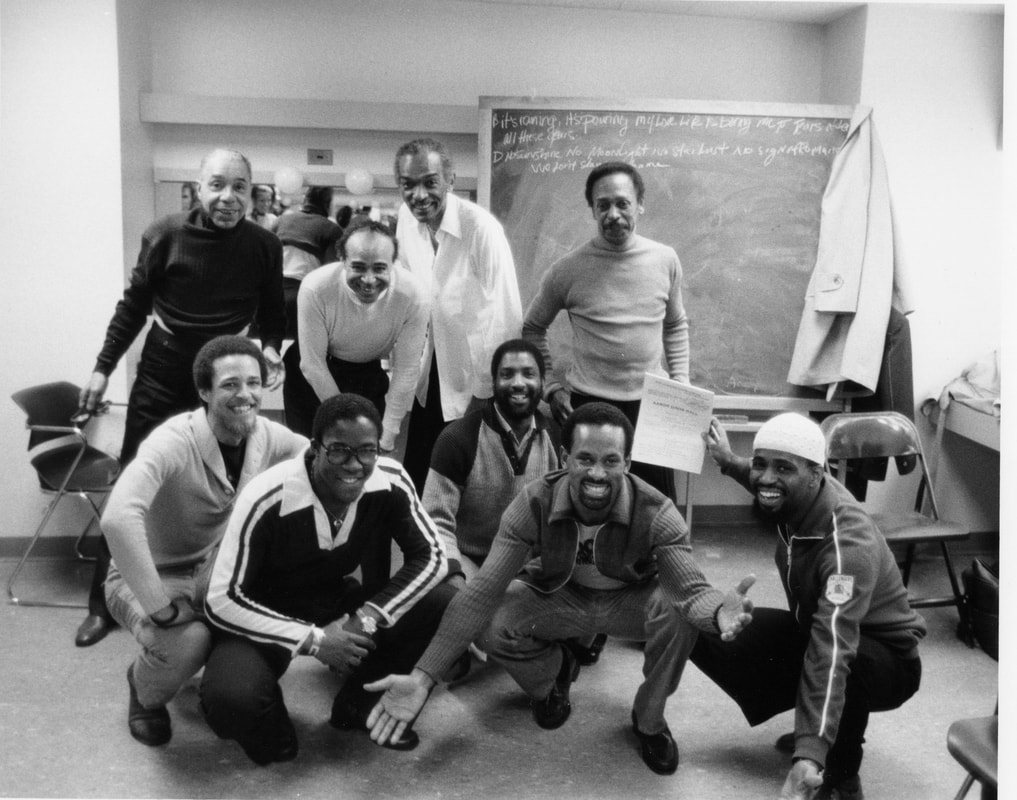 Having a fun moment with students in their P.E. uniforms!
Antrim, Northern Ireland, 1998. 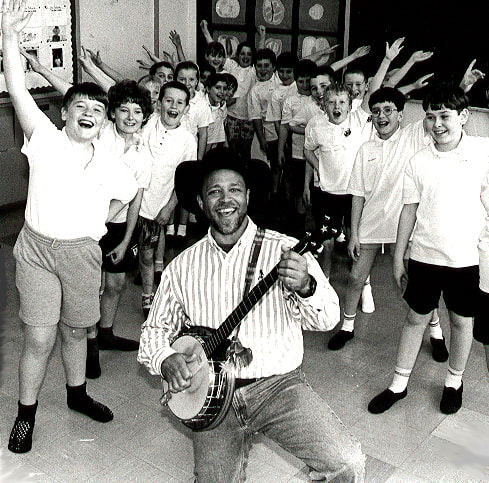 So many more exciting adventures to come!