Melody of Time,
​Song of Spirit

“Sule Greg C. Wilson has been 'edu-taining' audiences for over thirty years with his percussive virtuosity, encyclopediac knowledge and heartfelt enthusiasm.  His interactive programs are full of exotic handmade instruments and storytelling that encase each song in a column of new meaning.”
— Mesa Arts Outdoors’ Target 3 for Free; AZ 10/2008
Music is a culture's voice, and Súle has been voicing culture and Spirit for loved ones since before he needed deodorant.  Expressing the maxim that voicing percussion is deep-deep-deeper than mere time-keeping,  Súle G. plays his rhythm music in melody and harmony, utilizing the shorter range of pitches percussion instruments bring.

From the thirteen-year-old getting paid to drum, dance, sing and tell in Washington, D.C. parks in the summer of 1970; to performing with jazz greats Abraham Laboriel and LeRoi Jenkins in Ohio, 1975-1977; to being part of the premier African dance company in the country, 1977-1982; to representing the U.S.'s African spirit at the Asantehene's palace in Kumasi, Ghana, in 1985; to jamming at the Sunday Ceilidh at Madden's  Pub in Antrim Town, Northern Ireland, in 1999; to creating the band that won the Best Traditional Folk Grammy award in 2010; Súle Greg Wilson has been in the vanguard of sharing authentic and spirited percussion to the world.  Proficient in U.S., Celtic, Caribbean, and Mande music, Súle has also delved into Indian, Indonesian, Native, and numerous African, Middle Eastern, and European traditions.  He has performed and/or recorded with Babatunde Olatunji, Taj Mahal, Tony Trischka, the Carolina Chocolate Drops, Abraham Laboriel, Dr. Ysaye Barnwell and Nitaju Bolade Casel of Sweet Honey in the Rock, Peter Rowan, John Sebastian, Mike Seeger, Guy Davis, Pura Fé, Ruthie Foster, Joe Thompson, Conjunto de Colores, Tramor, and many others.

He carries on the traditions he learned via the "Súle System/The S.M.P. Method" of playing, teaching, and learning percussive music, as well as his Drummer's Path workshops, seminars, performances, and live and online tutorials.

On the Sacred Music side, specifically, Súle was exposed to both staid and rockin' Church music, as well as the chants of synagogue and mosque, and traditional West African liturgical music played at ceremonies and events.  In New York, he played bembés (Yoruba-Cuban ceremonies) with MacArthur Award-winner, Amma McKen, and her ensemble, and used that training in his years leading sacred music for the Ausar Auset Society's monthly, and seasonal rituals.  He has since brought that sensibility and experience to community and private ceremonies, and his own recordings.
My first year at Woodrow Wilson High School in Washington, D.C., 1972-1973, I made the yearbook!--playing a red-black-&-green striped conga in Mr. Cannon's Sociology class. 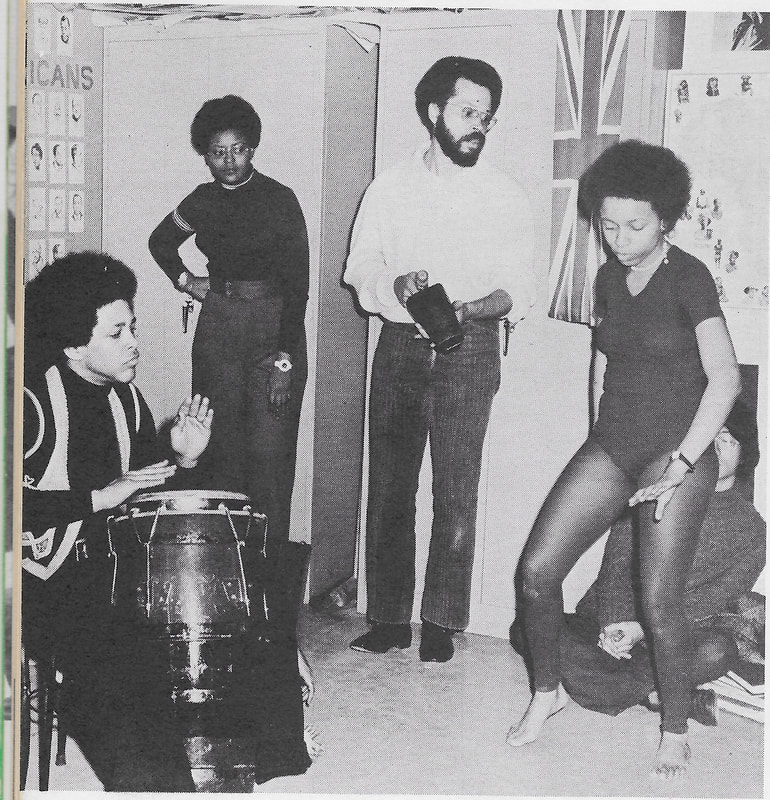 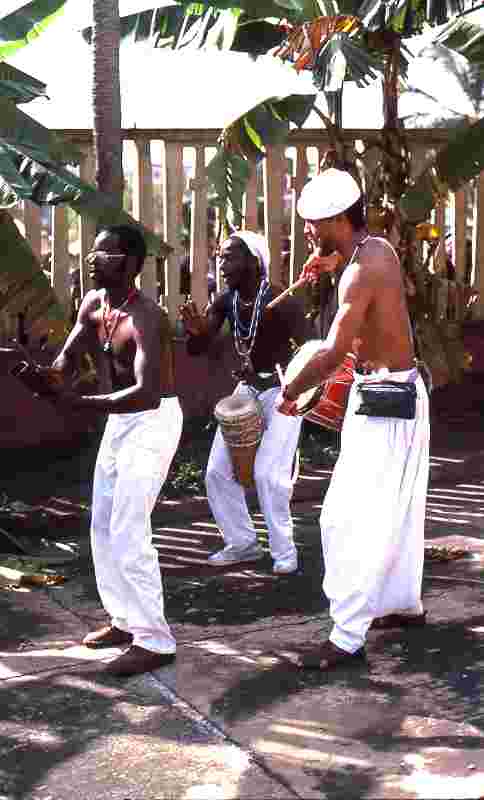 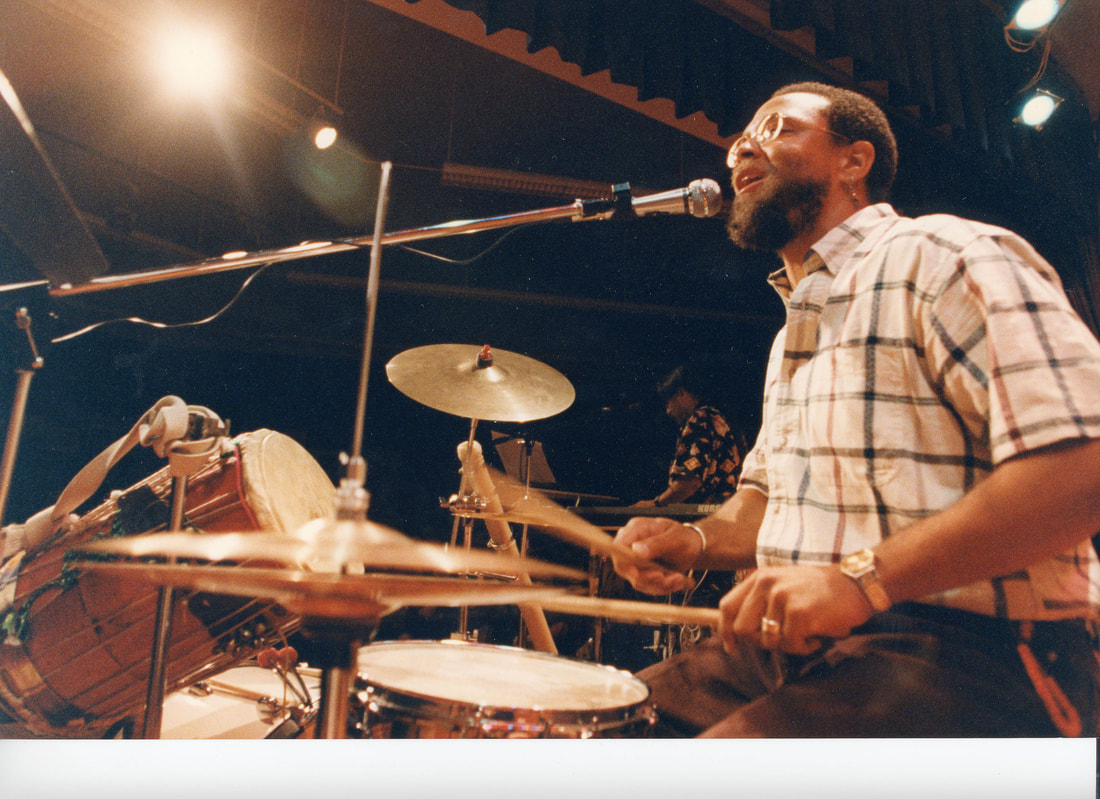 Before using instruments to make music, we infuse it, vocally, physically: we Sing, Move, Play (S.M.P.).
That roots the music, inside.
Here's the "Sule System"/S.M.P. Method", at work in the real world (Myrtle Beach, SC), first with voices and movement (S. & M.):
Then, we play (P.), using the same part we sang and moved to, executed on hand drums...
with the starting point moved over in time:
Thanks so much, Jeni Swerdlow and Steve Turner, for your bravery, and for working so hard!
(Drum Circle Facilitator's Guild conference, 2/2019)