“You make the music alive with the people that developed it, and their time….You draw the connection between yesterday and today quite clearly and with obvious pleasure.  Your delivery breathes life into the form and shows that live music is never irrelevant if delivered with passion.”
— Cliff Chard, audience member, AZ Library, 2/2005
Banjo is part of Súle's life because he feels it to be an "Antenna to the Ancestors",
playing it in three distinct evocative styles.
CLICK HERE TO EXPLORE MORE
Súle Greg Wilson loves to help folks love the banjo--that misunderstood, multi-function instrument so tied up with U.S. history.  One reason he loves the banjo is because--for all its rich history--there is still so much more to be written.  For example, there are so many ways to play.  His funky playing encompasses clawhammer, one- or three-finger up-picking, strumming, thumb lead, stroke, or even a mix of forms in the same tune.  That's fun, to be sure.  What's your fave?

What got D.C.-born Súle interested in the banjo?  A kiddie record of cowboy songs with a four-string sound; the blazing notes of the Ballad of Jed Clampett and Hee Haw on TV; the majesty of Central and West African strings on numerous LPs; and the only African American banjo player in plain sight in that day—the legendary Taj Mahal—all infused Súle Greg Wilson with banjo fever.

It just made sense.  After years of studying and presenting African music, dance, and culture, Súle had to ask, “What became of all that richness over here, across the waters?”  The banjo, with ancestors in Africa, and played in the Islands as well as on the Mainland, was Sule’s Time Machine into that Mystery.

Súle purchased his first 'jo--aluminum-body, plastic-head (and neck!) open-back--in the early ‘80s, while a student at New York University.  After moving back home to D.C. in 1990, Súle connected with—and learned from—greats such as Debbie McClatchie, Bruce Hutton,  and Cathy Fink.  Fired up, Súle hunted down all the info he could on banjo, which led to working and recording with more greats: Tony Trischka, Mike Seeger, Clarke Buehling, Joe Ayers, Joe Thompson, John Jackson, Taj Mahal, and more, as well as co-creating the historic 2005 Black Banjo Gathering, which birthed the Grammy award-winning African American string band, the Carolina Chocolate Drops. It has truly been amazing!!

His banjo has contributed to the soundtracks of the jug band saga, Chasin' Gus' Ghost, The Librarian and the Banjo, and others; he appeared in PBS' Give Me the Banjo documentary; and he works to expand folks’ perception of the once-maligned New World African instrument, the banjo.

Súle is currently expanding his banjo repertoire to include traditional African melodies and sweet soul R&B, and he invokes the "ol' cremona's" ancient power in his music and story concerts, workshops and instructional appointments.
Concluding a presentation for the Drum Circle Facilitator's Guild, SC, 2019.  Video by Jamie Artman 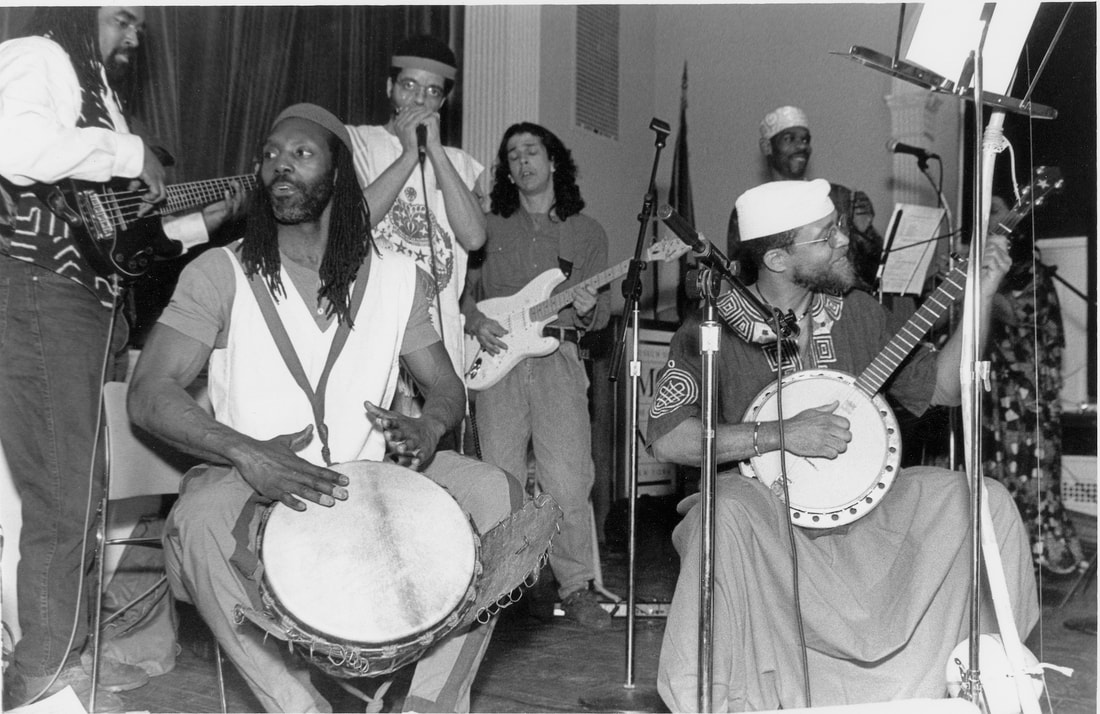 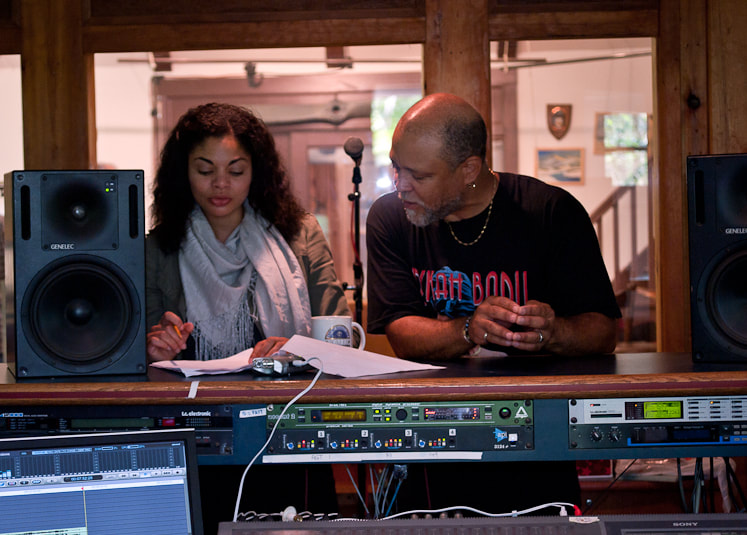 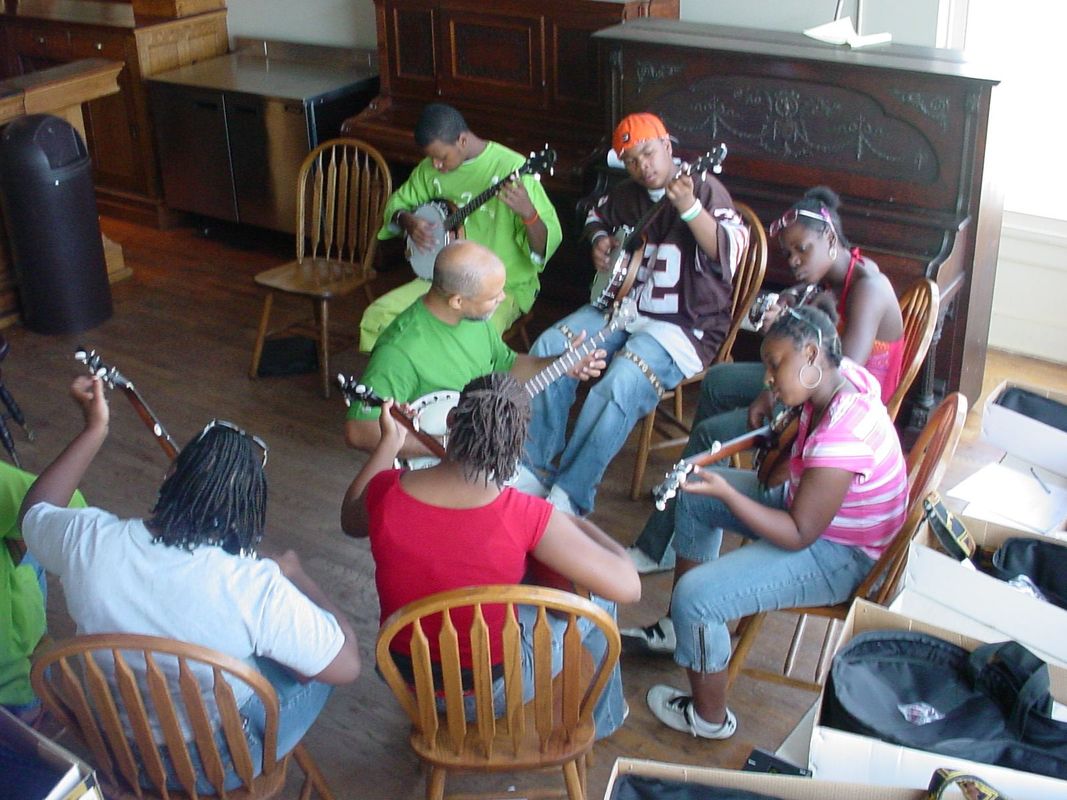 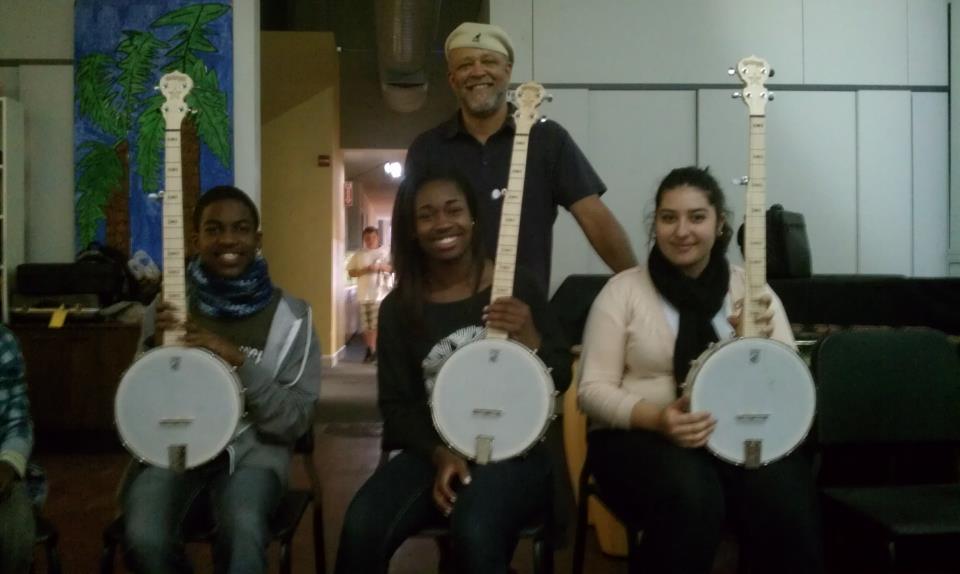 With students at the Oakland People's Conservatory of Music, Oakland, CA, 2012 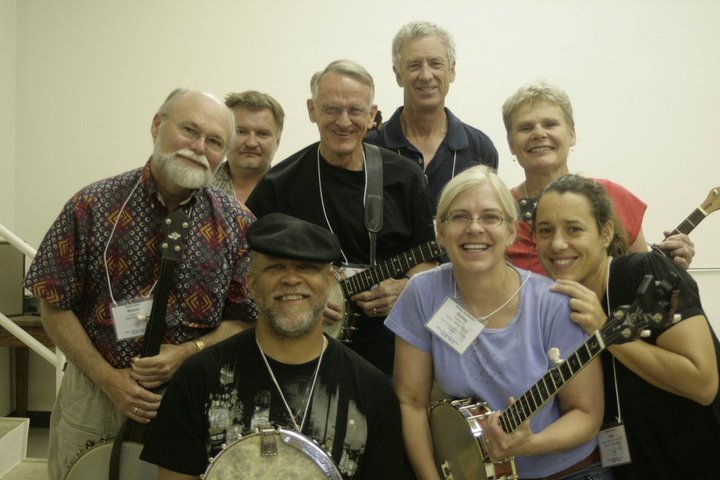 Post-lessons group photo at the Blue Ridge Old Time Music Camp, Mars Hill, NC,  2010
Súle is available for lessons, online.
He plays tunes in clawhammer, thumb lead, and up-picking styles.
Below are short videos of the same piece, played in up-picking, drop-thumb frailing, and in thumb-lead style.
​Which calls you?
CLICK HERE TO SET UP A TIME TO TALK.